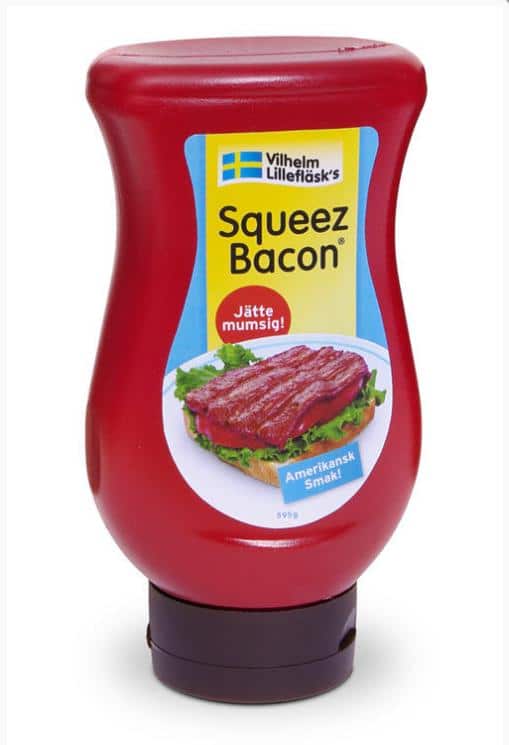 What began as an April fool’s day joke, has become a reality. Bacon in a squeeze bottle!

– Since this mixture has no preservatives, it will only hold in the refrigerator for a few days.
– Maltodextrin can be found at a brewery supply store, and few grocery stores (The only grocer in STL that sells it is the Global Foods Market in Kirkwood).