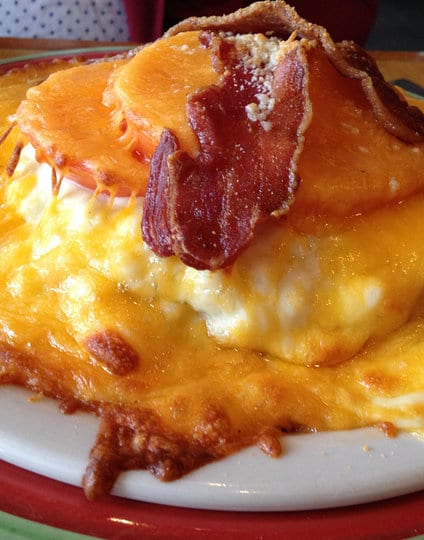 No Derby party can be complete without this Kentucky classic – the Kentucky Hot Brown! NOT for the faint of heart – with it’s mixture of gravy, turkey, bacon, and tomato. It’s gluttony at it’s most delicious.

Original recipe and history of the Hot Brown: The Brown Hotel